The vice as a clamping device

The vice has a long history and is part of the essential equipment in manufacturing technology, of course, in addition to various clamping devices such as clamping claws and steel clamps. In our assortment, you will find multiple types of vices in different sizes so that many possible applications and uses are covered. 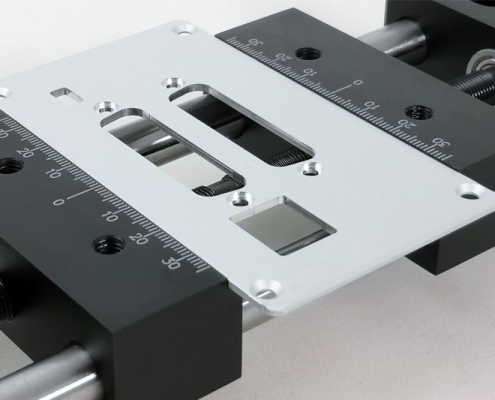 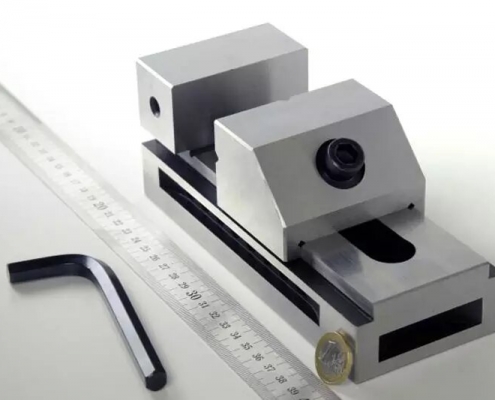 The types offered at CNC-STEP

However, there is also a suitable type of clamping device for every kind of production. For example, there is a particularpipevice, which you can use for machining pipes. Consequently, even soft tubes will not deform during clamping.

Pull-down vices are further improved classic machine vices. It has a movable bevelled clamping jaw that achieves a high clamping force due to its design. The advantage of this minimal bevelling is that you can easily pull down the workpiece when tightening, ensuring a firmer hold, particularly secure downward support of the workpiece. Consequently, this type is prevalent in machining, such as CNC milling.

In this type of clamping device, a threaded spindle with two different threads (one side left-hand thread, the other side right-hand thread) pulls the two jaws together in a centrically clamping manner. Both jaws are loose and supported in the thread of the spindle. High forces cannot be transmitted.

These clamping devices are often used on CNC machines, mostly for engraving signs, front panels, etc. It is necessary to approach the centre of the clamping as the workpiece zero point only once and then insert any sign size without approaching the zero point in the centre again. A convenient invention!

Furthermore, machine vices are available which are used, among other things, for machining with milling machines and massive standing drill. These can also absorb higher forces and are therefore ideal for use in the industrial sector. The machine vice is also available in a wide variety of designs. 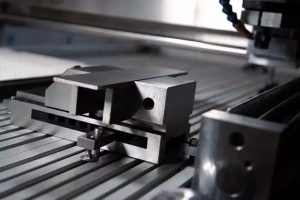 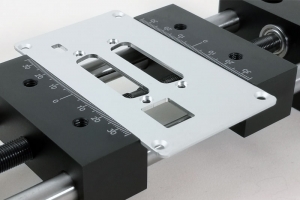 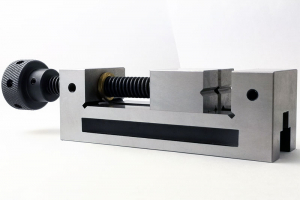 Diversity of variants – Not just a “question of faith”

Other variants of vices are, for example, the bottle, mini and the traditional parallel vice. The miniature versions of these clamping tools are often used in the hobby sector. But they are also trendy in model making and precision mechanics, as you can fix tiny parts quickly.

The size, shape and type of workpiece are therefore decisive in deciding which clamping device to use, in addition to the application.

As once invented in early times: A manually operated clamping device in which a loose, movable jaw is tightened against a fixed clamping jaw via a threaded spindle. Between them is the workpiece. The operation mode is the same as that of a simple design that you can find on any functional workbench.

The mode of operation is the same as the one mentioned above. However, when the loose jaw is closed and it reaches resistance (workpiece) after about half a turn, the mechanism is locked. A hydraulic cylinder assists in turning the clamping lever on the vice. The required pressure can be adjusted so that the workpiece will not crush. With this technique, it is possible to apply several tons of pressure.

A hydraulic clamp’s function is the same as described above, except for the lack of a mechanical spindle. Here, you use pure hydraulic force, which you can also adjust finely. The medium used to “exert pressure” is hydraulic oil, which generates clamping forces of over 5000 kg.

With this clamping technique, you clamp the workpiece between the two jaws. There are vices where one of the jaws is fixed and the other is movable. Still, different types of clamping devices, such as centring vices, have two movable jaws. Generally, the jaws’ distance is reduced by the threaded spindle, moving the spindle by a rod or a crank.

The first vice was designed in Germany in the 16th century. It was made of wood and had iron jaws. This clamping device served its purpose but was nowhere near as precise and robust as today’s examples. Both jaws had to be tightened and loosened individually with a screw.

The invention of the parallel screw clamp

Then, in the middle of the 18th century, the parallel screw clamp was finally invented. It was a revolution because this new tool now had a movable jaw. You were able to move this horizontally using a thread.

That simplified the use of this hand tool and increased its accuracy.

Finally, in 1830, cast iron vices were made in England. Unfortunately, these were not as durable. Although cast iron is more robust than wood, it quickly forms small hollow bodies in the material while casting. Therefore it makes the result brittle and unstable. Besides, cast iron has brittle and porous properties after cooling.

Significance and importance in today’s world

Even in today’s computer age, this mechanical tool is still essential and indispensable. No matter in which version, it is simply practical, as it fixes the workpiece stably and precisely, leaving both hands free to work.

All the more reason why it should not be missing in any workshop and especially when working with the CNC router!